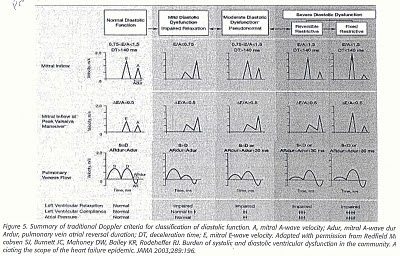 "Does not" cross blood brain barrier. Therefore, CNS side effects will be relatively milder.

Dose:
1) Preanesthetic Medication.
In pediatric patients is 0.004 mg/kg IM, given 30 to 60 minutes prior to induction or at the time the preanesthetic narcotic and/or sedative are administered.
Infants.
(1 month to 2 years of age) may require up to 0.009 mg/kg.
2) Intraoperative Medication.
Because of the long duration of action of Robinul Injection if used as preanesthetic medication, additional Robinul Injection for anticholinergic effect intraoperatively is rarely needed; in the event it is required the recommended pediatric dose is 0.004 mg/kg intravenously, not to exceed 0.1 mg in a single dose which may be repeated, as needed, at intervals of 2 to 3 minutes. The usual attempts should be made to determine the etiology of the arrhythmia, and the surgical or anesthetic manipulations necessary to correct parasympathetic imbalance should be performed.
3) Reversal of Neuromuscular Blockade.
The recommended pediatric dose of Robinul Injection is 0.2 mg for each 1.0 mg of neostigmine or 5.0 mg of pyridostigmine. In order to minimize the appearance of cardiac side effects, the drugs may be administered simultaneously by intravenous injection and may be mixed in the same syringe.
4) Peptic Ulcer.
Robinul Injection is not recommended for the treatment of peptic ulcer in pediatric patients (see PRECAUTIONS - Pediatric Use)

Side effects:
Anticholinergics, including Robinul Injection, can produce certain effects, most of which are extensions of their pharmacologic actions. Adverse reactions may include xerostomia (dry mouth); urinary hesitancy and retention; blurred vision and photophobia due to mydriasis (dilation of the pupil); cycloplegia; increased ocular tension; tachycardia; palpitation; decreased sweating; loss of taste; headache; nervousness; drowsiness; weakness; dizziness; insomnia; nausea; vomiting; impotence; suppression of lactation; constipation; bloated feeling; severe allergic reactions including anaphylactic/anaphylactoid reactions; hypersensitivity; urticaria, pruritus, dry skin, and other dermal manifestations; some degree of mental confusion and/or excitement, especially in elderly persons.
In addition, the following adverse events have been reported from post-marketing experience with Robinul: malignant hyperthermia; cardiac arrhythmias (including bradycardia, ventricular tachycardia, ventricular fibrillation); cardiac arrest; hypertension; hypotension; seizures; and respiratory arrest. Post-marketing reports have included cases of heart block and QTc interval prolongation associated with the combined use of glycopyrrolate and an anticholinesterase. Injection site reactions including pruritus, edema, erythema, and pain have also been reported.
Robinul is chemically a quaternary ammonium compound; hence, its passage across lipid membranes, such as the blood-brain barrier is limited in contrast to atropine sulfate and scopolamine hydrobromide. For this reason the occurrence of CNS-related side effects is lower, in comparison to their incidence following administration of anticholinergics which are chemically tertiary amines that can cross this barrier readily.

Drug Interactions:
The concurrent use with other anticholinergics, such as phenothiazines, antiparkinson drugs, or tricyclic antidepressants, may intensify the antimuscarinic, anticholinergic effects.

Overdose treatment:
To combat peripheral anticholinergic effects, a quaternary ammonium anticholinesterase such as neostigmine methylsulfate (which does not cross the blood-brain barrier) may be given intravenously in increments of 0.25 mg in adults. This dosage may be repeated every five to ten minutes until anticholinergic overactivity is reversed or up to a maximum of 2.5 mg. Proportionately smaller doses should be used in pediatric patients. Indication for repetitive doses of neostigmine should be based on close monitoring of the decrease in heart rate and the return of bowel sounds.
If CNS symptoms (e.g., excitement, restlessness, convulsions, psychotic behavior) occur, physostigmine (which does cross the blood-brain barrier) may be used. Physostigmine 0.5 to 2 mg should be slowly administered intravenously and repeated as necessary up to a total of 5 mg in adults. Proportionately smaller doses should be used in pediatric patients.
To combat hypotension, administer IV fluids and/or pressor agents along with supportive care.
Fever should be treated symptomatically.
Following overdosage, a curare-like action may occur, i.e., neuromuscular blockade leading to muscular weakness and possible paralysis. In the event of a curare-like effect on respiratory muscles, artificial respiration should be instituted and maintained until effective respiratory action returns.

Contraindication:
1) Known hypersensitivity to glycopyrrolate or any of its inactive ingredients.
2) In addition, in the management of peptic ulcer patients, because of the longer duration of therapy, Robinul Injection may be contraindicated in patients with the following concurrent conditions: glaucoma; obstructive uropathy (for example, bladder neck obstruction due to prostatic hypertrophy); obstructive disease of the gastrointestinal tract (as in achalasia, pyloroduodenal stenosis, etc.); paralytic ileus, intestinal atony of the elderly or debilitated patient; unstable cardiovascular status in acute hemorrhage; severe ulcerative colitis; toxic megacolon complicating ulcerative colitis; myasthenia gravis.


Precautions:
This drug should be used with great caution, if at all, in patients with glaucoma.
Exposure to excessive amounts of benzyl alcohol has been associated with toxicity (hypotension, metabolic acidosis), particularly in neonates, and an increased incidence of kernicterus, particularly in small preterm infants. There have been rare reports of deaths, primarily in preterm infants, associated with exposure to excessive amounts of benzyl alcohol. The amount of benzyl alcohol from medications is usually considered negligible compared to that received in flush solutions containing benzyl alcohol. Administration of high dosages of medications containing this preservative must take into account the total amount of benzyl alcohol administered. The amount of benzyl alcohol at which toxicity may occur is not known. If the patient requires more than the recommended dosages or other medications containing this preservative, the practitioner must consider the daily metabolic load of benzyl alcohol from these combined sources. (see PRECAUTIONS, Pediatric Use).
Robinul Injection may produce drowsiness or blurred vision. The patient should be cautioned regarding activities requiring mental alertness such as operating a motor vehicle or other machinery or performing hazardous work while taking this drug.
In addition, in the presence of fever, high environmental temperature and/or during physical exercise, heat prostration can occur with use of anticholinergic agents including glycopyrrolate (due to decreased sweating), particularly in children and the elderly.
Diarrhea may be an early symptom of incomplete intestinal obstruction, especially in patients with ileostomy or colostomy. In this instance treatment with Robinul Injection would be inappropriate and possibly harmful.

General Precautions:
Investigate any tachycardia before giving Robinul Injection since an increase in the heart rate may occur.

Use Robinul with caution in the elderly and in all patients with autonomic neuropathy, hepatic disease, ulcerative colitis, prostic hypertrophy, or hiatal hernia, since anticholinergic drugs may aggravate these conditions.

The use of anticholinergetic drugs in the treatment of gastric ulcer may produce a delay in gastric emptying due to antral statis.

Nursing Mothers
It is not known whether this drug is excreted in human milk. Because many drugs are excreted in human milk, caution should be exercised when Robinul Injection is administered to a nursing woman. As with other anticholinergics, glycopyrrolate may cause suppression of lactation (see ADVERSE REACTIONS).

Pediatric Use
Due to its benzyl alcohol content, Robinul Injection should not be used in neonates, i.e., patients less than 1 month of age.

Safety and effectiveness in pediatric patients below the age of 16 years have not been established.

Safety and effectiveness in pediatric patients have not been established for the management of peptic ulcer.

Dysrhythmias associated with the use of glycopyrrolate intravenously as a premedicant or during anesthesia have been observed in pediatric patients.

Infants, patients with Down's syndrome, and pediatric patients with spastic paralysis or brain damage may experience an increased response to anticholinergics, thus increasing the potential for side effects.

A paradoxical reaction characterized by hyperexcitability may occur in pediatric patients taking large doses of anticholinergics including Robinul Injection. Infants and young children are especially susceptible to the toxic effects of anticholinergics.

Benzyl alcohol, a component of this drug product, has been associated with serious adverse events and death, particularly in pediatric patients. The "gasping syndrome," (characterized by central nervous system depression, metabolic acidosis, gasping respirations, and high levels of benzyl alcohol and its metabolites found in the blood and urine) has been associated with benzyl alcohol dosages > 99 mg/kg/day in neonates and low-birth-weight neonates. Additional symptoms may include gradual neurological deterioration, seizures, intracranial hemorrhage, hemotologic abnormalities, skin breakdown, hepatic and renal failure, hypotension, bradycardia, and cardiovascular collapse. Although normal therapeutic doses of this product deliver amounts of benzyl alcohol that are substantially lower than those reported in association with the "gasping syndrome," the minimum amount of benzyl alcohol at which toxicity may occur is not known. Premature and low-birthweight infants, as well as patients receiving high dosages, may be more likely to develop toxicity. Practitioners administering this and other medications containing benzyl alcohol should consider the combined daily metabolic load of benzyl alcohol from all sources.

Geriatric Use
Clinical Studies of Robinul Injection did not include sufficient numbers of subjects aged 65 and over to determine whether they respond differently from younger subjects. Other reported clinical experience has not identified differences in responses between the elderly and younger patients. In general, dose selection for an elderly patient should be cautious, usually starting a the low end of the dosing range, reflecting the greater frequency of decreased hepatic, renal, or cardiac function, and of concomitant disease or other therapy

Re: Acetyl Choline receptors
Two type: muscarinic and nicotinic
Muscarinic - has parasympathetic effect on the secretory exocrine glands & smooth and cardiac muscles. ?Pupils too.
Nicotinic - has effect on skeletal (voluntary) muscles; not part of autonomic nervous system.
Posted by Bala at 4:58 AM No comments:

What is the rhythm? 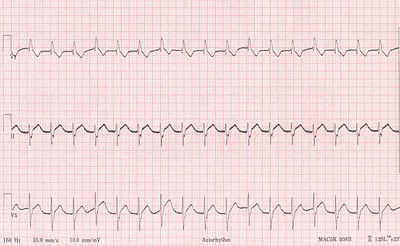 Atrial lead is on V1. 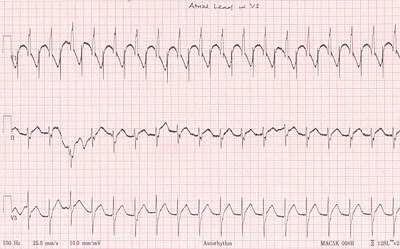 How would you differentiate between Sinus rhythm with First degree AV block from Junctional rhythm with retrograde P, in this patient? (14 month old, s/p TOF repair, Postop day #1) 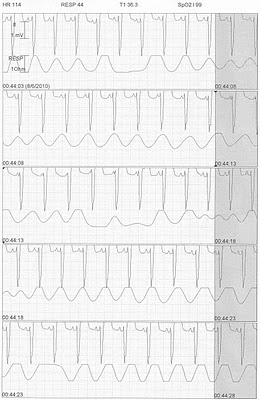 Radiograph of tubes of different sizes ranging from 5 mm - 10 mm, with a 10 mm coil inside each:

How would you differentiate atrial ectopy from ventricular ectopy?
What is compensatory pause? 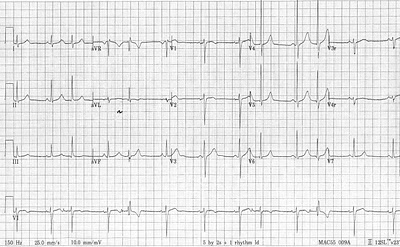 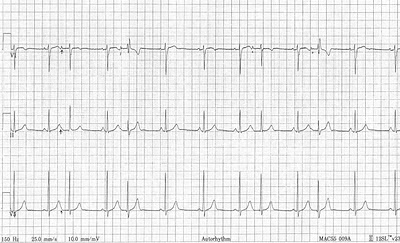 Why is the PR interval prolonged in the ectopic beats?
Why is the QRS morphology variable?
Posted by Bala at 6:06 PM No comments:

And, one day later...the same arterial line trace looks like this!!!

Possible explanations: (i) Papaverine was started or (ii) Tubing for the transducer was changed to a rigid, "pressure-tubing" (from a more compliant, "non-pressure" tubing).

This improvement in waveform may also occur when the arterial catheter is changed to a larger caliber.

Description & study of the above distortion in arterial line is illustrated below: 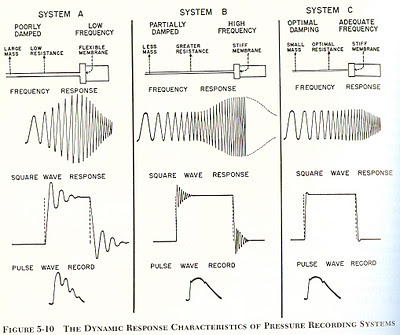